THANK YOU FOR YOUR INTEREST!

Please go back and check if you filled the fields correctly.

Thank you for your request!

Keep up with the latest news of Upsteem.com – become our fan in Facebook and follow our newsfeed!

Guest post: How to use information from satisfaction surveys in management? Part II

In last week’s post, Viljar Puusepp gave an introduction to the topic, explaining the management of an organization through information received from satisfaction surveys. Today’s post shows how the theory was used in practice in an Estonian bank. 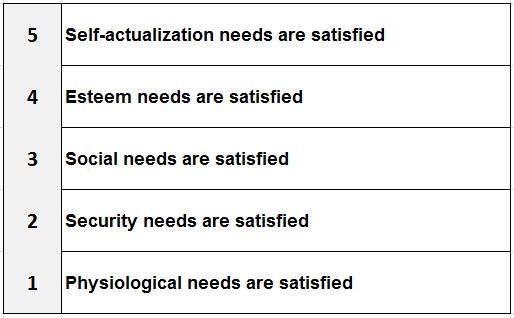 This was used to measure the satisfaction of clients in the survey conducted at a bank.

The multiple choice test of the pilot survey consisted of four different parts, where

The theory of Maslow’s hierarchy of needs was taken into account in selecting field-specific questions in the questionnaire, so that an assessment could be given for each level of needs (see the example on the way of asking questions).

The satisfaction of physical needs was described by five questions:

The need for security was covered by four questions:

The satisfaction of social needs was described by one question:

The satisfaction of psychological needs was described by one question:

The satisfaction of the need for self-actualization was investigated with two questions:

Results of the survey

Assessments of satisfaction are provided in the questionnaire on a scale of five (completely satisfied) to one (not satisfied at all). In the analysis of the survey, the needs of the clients were declared satisfied when the average value of the assessment was above 3.5, which is the value between the satisfied (“rather satisfied”) and neutral (“do not know”) assessment, and is therefore suitable as the lower limit of a satisfied assessment. 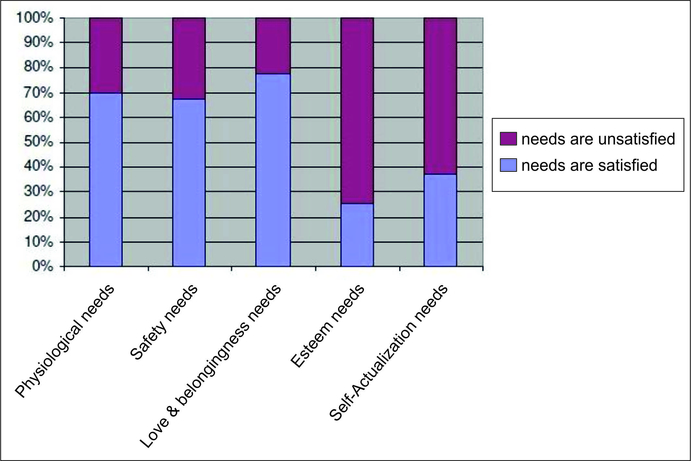 The results revealed that the three groups of lower level needs were satisfied rather highly.

The service halls of banks already contained boxes for clients’ suggestions at the time of conducting the survey. However, these apparently do not give the client enough confidence that suggestions will make it to important people from there, or that they can influence anything. Something new should be created so that the opinions of clients would be taken into account and that they would also definitely perceive this.

Request an offer for the Upsteem.com environment for your company!

We have cooperated with